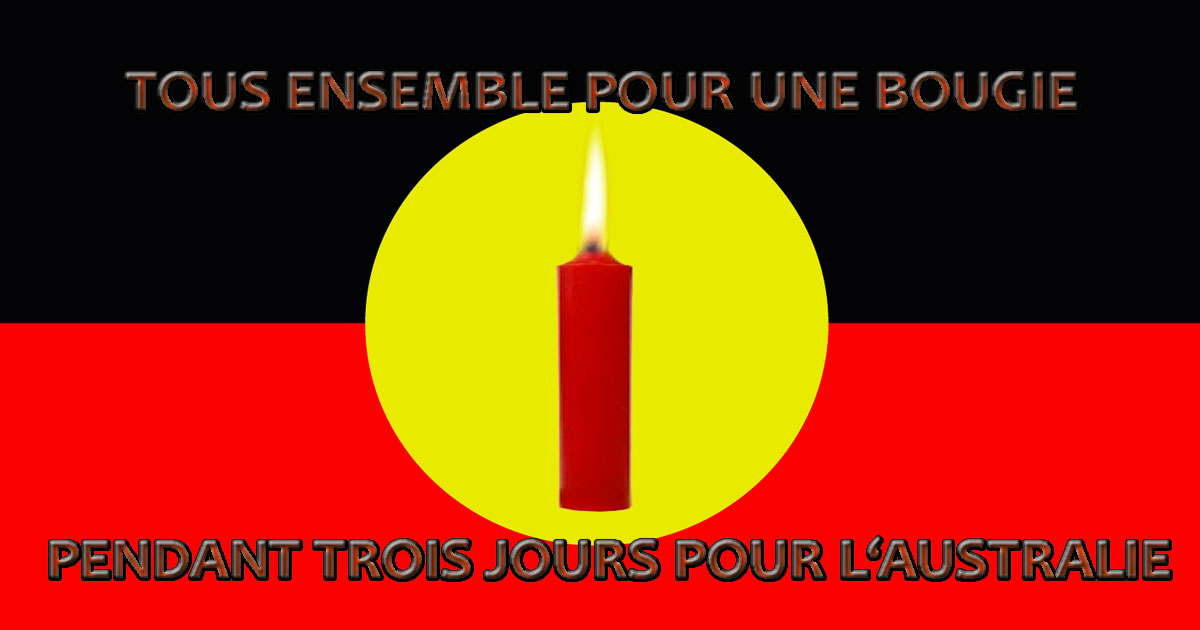 What’s going on in the world reflects what’s happening in you! He decided to write what He has to say. “He who has ears to hear, let him hear.” He who has a heart, let him open it wide, in order to love Life and all forms of Life on Earth, in Water and Heaven. See, the state of the world now is the state of the human mind: anger, helplessness, submission…

“He” or “Him” refers to White Wolf, these pronouns are written with a capital letter so that we can understand that He’s talking about Him. In some articles, “We” is also used for the same purpose.

Fires in the Amazon, now Australia, and lots of animals killed by whom and why? By politicians’ greed. Look at the state of the Planet: Antarctica is melting. What will become polar bears and seals, and others, if there is no more ice to rest? Yes, the fault on the climate … But who turned the climate into hell? Your statesmen, who are already starting to take on Antarctica (China, Russia, the United States, France and other countries surely). Yes, your politicians are the cause of everything that happens on the Planet. Imagine Demons in power with only one goal: to destroy this Planet, to destroy the work of the Creator.

Because Evil cannot bear Beauty or Harmony, he wants to put everyone in his creation, and you see, the creation of Evil is the final destruction of this Planet and of the human kingdom. But for that, he needs humans to achieve his ends. He needs to possess humans, otherwise he can’t do anything. So, he cleverly perverts them. At this game he is very strong. He is also called Evil. He is cunning, deceitful, charming, otherwise he wouldn’t be what he has been for thousands of years, since the world began. If you approach Evil, he approaches You. Likewise, if you approach God, He approaches you.

He wonders: why desire to kill, massacre, eat so many animals to feed the human belly? Besides, animal meat makes you sick. So why continue to eat corpse? Someone told me, after reading an article, that in 2015, 85 billion terrestrial animals were killed to be eaten by human bellies, including 1.5 billion in France. But in 2018, it was 15 billion in France alone, in one year. Real madness, don’t you think? Now there is a new fad: eating insects. Apparently, everything is eaten in crickets. A person who breeds insects was asked: “And when there will be no more crickets to celebrate your nights? – We can always put recordings of cricket sounds.” When He catches a cricket, do you know what White Wolf does? He kisses it, as well as for bees, bumblebees, butterflies. All animals have the right to be Respected and Loved. What He gives to humans, He also gives to animals, trees, flowers …

Why not eat humans too? When there will be nothing more to eat … He’s not joking. He’s giving you a prophecy, He’s been telling it for years, since He started teaching. That’s why there are so many zombie movies. Besides, if we look closely, 80% of humans are like zombies who believe what their Heads of State say, and live like submissive slaves.

To govern you must subdue the other, otherwise it wouldn’t be possible to swallow the pill. And governments make you swallow lots of pills every day, that are actually lies, because they are the Apostles of Evil, at its service. Do not think He uses Catholic language or whatever. He’s already told you that He doesn’t believe in religions which imprison the Soul and confine it in the dust of Ignorance. Religion and politics are the same to Him: a source of collective manipulation. Nothing good can come out of your politicians. When a politician is good, well, he either takes the side of other manipulators, or he gives up, or even worse, he dies by accident.

But He thinks more than that was killed in this fire:

Is it natural?
Is it accidental?
Is it of criminal origin?

How can we stop this scourge? But can we stop it before it devours everything? A person took a picture of the fire that looks like the Aboriginal flag, a wink from the Great Spirit. The photo is shared on Facebook.

In fact, the Australians are being talked about, but have you seen a single Aboriginal speaking about this problem? He didn’t see any. Why? The Land of Australia belongs to them! This morning, he learns that Australia, by decision of the Aborigines, will kill 10,000 camels (see article). We always kill animals. Why don’t they move them elsewhere? Have the Aborigines gone mad too, living in contact with White people? Ah, it would cost money yes. Killing costs nothing: ammunition, kerosene, petrol …

When will humans understand that killing animals leads to wars, conflicts, disasters? Half a million dead animals in Australia, and we want to add another 10,000. When will this massacre end? Tell him… never!

So, what’s happening now is good. You can’t even imagine what is coming, and it will happen very soon. Humans are immature, and they will pay the bill soon. As He had announced in the previous interviews this is what is coming: purification by Fire (volcanoes), then Water, Earth (earthquakes) … It’s not just because of climate change, no. It is the beginning of the Purification which is coming quickly and much faster than expected. EARTH, WATER, FIRE, AIR: the Four Horsemen of the Apocalypse of St John. Everything is in place; everything is in order.

World War III is about to break out

Always by your politicians, we are still in the Middle Ages. The “bluebloodless” rulers or royalty, and the slaves, you, who work for them for miserable wages when living expenses are rising up. Wake up, run away from cities while you still have time, 2020 will be even darker than 2019. But some of you are already too Lobotomized to understand the meaning of these Words. The Linky meter, 5G, He pities those who will be under their influence.

Well, back to Australia. It’s good to ask for rain, yes, but it’s better to address the Spirit of Fire, because it is angry and hungry for destruction. Often, Demons activate fire. Consider this: no trees = no rain!

The 3-day ritual for Australia

Share the ritual with all your friends on social networks so that many of us can work with the same energy! Share on Facebook, by email, etc.

Take a red new candle. It represents the active force of Fire, the collective anger that people have, but that they don’t dare to live because of their fear of reprisals. Remember, the “Yellow Jackets” were mistreated for daring to express their discontent, maybe they should put on Red Jackets now. When we are in a dictatorship, we cannot be heard, or we would need tremendous strength to be heard, just as they use their power to subdue us.

This Candle is all the Love
we put together
so that the fire Wrath calms down,
We ask the Spirit of Fire to be merciful
in the name of the Almighty God of Love.
We ask you, FIRE, to calm your rage.
We ask you, FIRE, to put out your rage.
We are all asking you this right now.
We know that you will hear us and that you will calm
Your Burning and Devastating Fire.
May our Prayer be heard by Our Heavenly Father,
Deliver us from this Supreme Creative Scourge.
We now invoke our Sister Water
To spread on this devastated Earth
To give Life back where it was taken.
Let it be done according to all our Faith OMMMMMMM
(Modulate the Ommm sound three times in a row to conclude)

Your candle is ready, charged with your request. Put it in a place where there is no risk: in a saucer, or a container that can contain Water. Put your candle very stable. Then, put a little water. As you know, Water extinguishes Fire. When the candle is ready to be consumed, it will reach water which will extinguish it. This symbolizes the death of Fire, from your candle and in Australia. Everyone who participates should do it at the same time for a bigger impact. The time chosen is 10 p.m. When lighting the candle flame, say this:

“Spirit of fire, We light this candle
so that you turn off quickly
Because the Supreme Fire of Love
is more powerful than You “
OMMMM SHANTI
(Say it three times in a row)

Then, you must meditate at least 30 minutes and see the Fires go out like candles, thank the Supreme Love in you and outside of you. Thank Fire for hearing our supplication. Do this for 3 nights, with Three different Candles. A Prayer repeated three times has more strength.

If you can, put the Aboriginal flag in the background, or make one out of black and red paper with a yellow circle in the center. You can also find one on the internet that you print.

It is essential that you use “We” because you are all together in this invocation. Fire will go out. While writing these lines, He is already asking the Fire to calm down and choke. Have a thought for all those animals that died in horrible suffering, you can think of humans too, dead in this Fire. And think of all this Nature too.

Have a good meditation.
Receive our brightest thoughts
OMMM SHANTIII 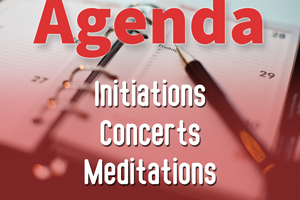